What do North Koreans think about their leaders? 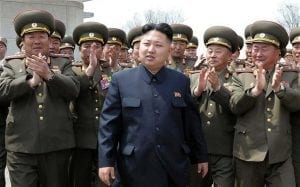 Currently, a new project at the Center for Strategic and International Studies, a Washington think tank, is trying to poll North Koreans who live in North Korea.

Although a NGO surveyed 20 men and 16 women between the ages of 28 and 80, but the figures came from a variety of backgrounds, with jobs including doctor, laborer, homemaker, factory worker and company president, and they lived across the country. The findings are modest, but they’re pretty insightful, especially in Korea, because North Korea is not a free and open society.

The most important and impressive survey result showed, which had been released last month, were on the public distribution system that is supposed to supply basic food items to citizens but which broke down during the devastating famine of the mid-1990s. It found that none of the respondents thought the system provided what they want for a good life.