Commenting on Tuesday’s incident where a woman suffered serious burns while refuelling her car in Setapak here, Dr Chandima said the victim might have been charging her phone or was using a deteriorating battery, hence sparking the fire.

While in theory, microwaves can generate sparks when it comes into contact with metal, the waves emitted from phones are far too weak to create an explosion, says Universiti Putra Malaysia (UPM) electrical engineering professor Dr Chandima Gomes, who specialises in lightning protection. 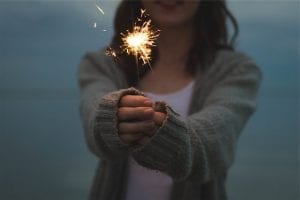 US-based Petroleum Equipment Institute (PEI) executive vice-president Robert Renkes said it was static electricity from a person’s body that causes sparks when it comes into contact with the petrol pump, that creates fires. Renkes concluded the “mobile phone” accidents usually occurred when a person was fuelling up and had returned to the interior of the car to make a call. When inside, their bodies rub against the seat, creating static electricity and charging the body. So they’re sitting in the car, they generate static, they pop out again, they haven’t dissipated their static, and they touch the pump nozzle. As gasoline goes in, the vapours come out of the filling pipe, so you have a source of ignition when the static discharges from your hand to the nozzle – exactly where the vapours are coming out of the filling pipe,” he was quoted as saying in a newspaper.

However, the Malaysian Petrol Dealers Association president Datuk Hashim Othman said it was better to be “safe than sorry” with their safety campaign which includes posters warning against the use of mobile phones in stations. “We have done studies with the Fire and Rescue Department and it has been proven that some handphones do trigger a magnetic field that isn’t conducive when there are fumes. I don’t know the details, but it can catch fire, especially during hot weather. It has happened before, especially with the old phones.” he said.

Summarized from Source: The Star Online