Obama made the remarks in Warsaw, Poland, before speaking about his meetings with European Council President Donald Tusk and European Commission President Jean-Claude Juncker. 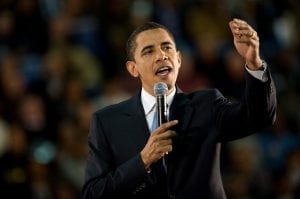 OBAMA: Good morning, everybody. Let me begin by thanking Presidents Tusk and Juncker for the opportunity to meet today. With your understanding, I want to begin with a few words about the situation back in the United States, specifically the situation in Dallas, Texas.

My team has been keeping me updated throughout the morning of the evening in Dallas. I spoke this morning with Mayor Rawlings of Dallas to convey the deepest condolences of the American people. I told him that the federal government will provide whatever assistance Dallas may need as it deals with this tremendous tragedy.

We still don’t know all the facts. What we do know is that there has been a vicious, calculated and despicable attack on law enforcement. Police in Dallas were on duty, doing their jobs, keeping people safe during peaceful protests. These law enforcement officers were targeted, and nearly a dozen officers were shot. Five were killed. Other officers and at least one civilian were wounded — some are in serious condition, and we are praying for their recovery.

As I told Mayor Rawlings, I believe that I speak for every single American when I say that we are horrified over these events, and that we stand united with the people and the police department in Dallas. According to police, there are multiple suspects. We will learn more, undoubtedly, about their twisted motivations. But let’s be clear: There is no possible justification for these kinds of attacks or any violence against law enforcement. The FBI is already in touch with the Dallas police, and anyone involved in these senseless murders will be held fully accountable. Justice will be done.

I will have more to say about this as the facts become more clear. For now, let me just say that even as yesterday I spoke about our need to be concerned, as all Americans, about racial disparities in our criminal justice system, I also said yesterday that our police have an extraordinarily difficult job and the vast majority of them do their job in outstanding fashion. I also indicated the degree to which we need to be supportive of those officers who do their job each and every day, protecting us and protecting our communities.

Today is a wrenching reminder of the sacrifices that they make for us. We also know that when people are armed with powerful weapons, unfortunately it makes attacks like these more deadly and more tragic. And in the days ahead, we’re going to have to consider those realities as well.

In the meantime, today our focus is on the victims and their families. They are heartbroken. The entire city of Dallas is grieving. Police across America, which is a tight-knit family, feels this loss to their core. And we’re grieving with them. I’d ask all Americans to say a prayer for these officers and their families. Keep them in your thoughts. And as a nation, let’s remember to express our profound gratitude to our men and women in blue — not just today, but every day. With that, I want to thank Presidents Tusk and Juncker for our work here today in Warsaw. I’ve worked with Donald in his previous capacity as prime minister here in Poland, and I’ve appreciated this chance to work with Jean-Claude.

Our meeting comes — as I think everybody is aware — at a critical moment for the European Union. The vote in the United Kingdom to leave the EU has created uncertainty about the future of European integration. And unfortunately, this has led some to suggest that the entire edifice of European security and prosperity is crumbling. There have been those who have been questioning what does this mean for the transatlantic relationship. Let me just say, as is often the case in moments of change, this kind of hyperbole is misplaced. I want to take the opportunity to reaffirm some basic points that bear repeating.

First, based on my recent discussions with Prime Minister Cameron, Chancellor Merkel and now here today, I am absolutely confident that the UK and the European Union will work together in a pragmatic and cooperative fashion to ensure that the UK’s transition is orderly and smooth. No one has an interest in protracted, adversarial negotiations. Everybody has an interest in minimizing any disruptions as the UK and the EU forge a new relationship.

Second, even as we face the difficulties of this moment, we cannot lose sight of the extraordinary achievement the European integration continues to be — more than 500 million people speaking 24 different official languages in more than two dozen countries, 19 with a common currency. Every member of the EU is a democracy. No EU country has ever raised arms against another. An integrated Europe is one of the greatest political and economic achievements of modern times, and this is an achievement that has to be preserved.

Third, and for all the reasons I just mentioned, the United States has a strong and enduring interest in a united, democratic Europe. We’re bound together by ties of history, family and our common values — our commitment to democracy, pluralism, human dignity. Our economies are deeply woven together, with the largest trade and investment relationship in the world. The security of America and Europe is indivisible, and that’s why, for nearly 70 years, the United States has been a staunch champion of European integration — and we will remain so.

Fourth, given our shared interests, Europe will remain a cornerstone of America’s engagement with the world. European countries are and will remain among our closest allies and friends, and Europe is an indispensable partner around the globe. Indeed, even as we manage the implications of Brexit, our work today shows that we’re going to continue to be focused on pressing global challenges.

We agree that the United States and the EU can do more together for our shared security. And we’ll keep working to provide each other information to stem the flow of foreign terrorist fighters and prevent terrorist attacks, and we will do so in a way that continues to protect privacy and civil liberties. As the global coalition pushes ISIL back on the ground in Syria and Iraq, the EU has pledged critical financial assistance to help shore up the Iraqi economy and stabilize liberated communities. And as NATO nations affirm their commitment to Afghanistan’s security, I want to commend, once again, the EU for taking the lead in mobilizing international assistance for development in Afghanistan.

Here in Europe, we’ll continue to support Ukraine as it undertakes important political and economic reforms. The U.S. and the EU are united in our commitment to maintaining sanctions on Russia until they fully implement its obligations under the Minsk agreements. And with Presidents Tusk and Juncker, set to attend today’s North Atlantic Council meeting, we have an opportunity to deepen security cooperation between NATO and the EU.

We also agree that, on both sides of the Atlantic, we have to address economic frustrations and anxieties of many of our people, feelings that undoubtedly contributed to the Brexit vote — fears that they’re being left behind by globalization and economic integration. Our governments, including the EU, cannot be remote institutions; they have to be responsive and move more quickly, with minimal bureaucracy, to deliver real economic progress in the lives of ordinary people.

In particular, we discussed the importance of public investments — like infrastructure, education, innovation and security — to stimulate growth and job training to help reduce inequality and unemployment, especially for young people here in Europe. That’s been the right thing to do for years, both for the long term and the short term. But at a time when heightened uncertainty in the global economy is potentially amplifying the headwinds that we all face, these policies make even more sense today.

We’re going to keep working to help Europe enhance its energy security with more diverse and resilient supplies, including from the United States. And while we are mindful of the challenges, we are going to continue to pursue a Transalantic Trade and Investment Partnership, or T-TIP, to help sustain jobs and growth in all of our countries and to help reinforce the larger transatlantic relationship.

And finally, we’re stepping up to cooperate on global challenges. And I want to take this opportunity to commend the EU for the generosity and compassion that so many EU countries have shown desperate migrants — men, women and children — who have fled to Europe. We believe NATO can do more to support EU naval operations in the Mediterranean and Aegean Seas to prevent the exploitation of migrants. I expect the EU to play a major role at our refugee summit this fall at the United Nations, where we aim to secure new contributions to address the global refugee crisis.

And with respect to the threat of climate change, we look forward to all EU countries ratifying the Paris agreement and to the EU joining it. We continue to see the EU as one of our strongest partners in reducing emissions, phasing out dangerous HFCs and investing in clean energy.

So, again, I want to thank Donald and Jean-Claude for our work together. Despite the challenge of this moment, I’m pleased to see that the United States and the EU continue to deepen our partnership. The world needs a strong, prosperous, democratic and united Europe. And in that cause, you will always have a strong and steady partner in the United States of America.

Thank you very much.