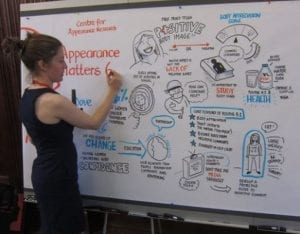 You might think it was your awesome CV that has landed you with a job interview. Unfortunately, a great CV is not the ultimate answer, especially if you’re not looking to work for NASA. As Dr Sevag Kertechian, a researcher based at Paris-Sorbonne University in the French capital, is about to reveal, it’s about your clothing that determines your chances.

Dr Sevag Kertechian is to reveal the full findings of his study at the Appearance Matters Conference – the world’s largest event on body image and disfigurement – being held between Tuesday and Thursday in London. The study showed female applicants were 19 times more successful in securing job interviews when pictured in revealing clothingrather than conservative attire.

The research carried out in Paris found that women stood a much greater chance of earning job interviews for both sales and accounting roles – if they attached a job application photograph wearing a “low-cut” dress. Dr Kertechian said he decided to research the impact clothing had on the recruitment process after realising it had never been studied.

Apparently, the experiment done by Dr Kertechian had two women with similar looks and near identical skills and experience on their CVs. What differentiates both was how they were dressed in their job application photographs – one wearing a low-cut dress and the other in round neck clothing. Each of them was forwarded for 100 roles.

“Our results showed interesting trends as low-cut dresses significantly influenced the choice of the recruiters, even for accounting positions. Regardless of the job, whether customer-facing saleswoman or office-based accountant the candidate with the low cut clothing received more positive answers.” said Dr Kertechian.

Held in London for the first time in its 13-year history, Appearance Matters Conference will see attendance from academics, clinicians, practitioners and policy makers involved in research and the provision of care for people with appearance-related concerns. They will share and update their knowledge, engage in debate, share ideas and network with others working in the field.

Depending on whom you ask, wearing low-cut to boost chances of getting a job interview may not be a secret after all. However, it could be a disaster if the candidate is to be interviewed by a woman. Because the research was done in Paris, it may not work in every city as it could lead to issue of sexual harassment and office rules. 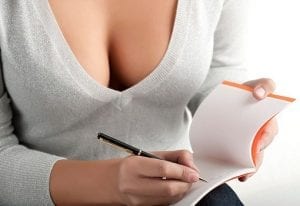 Also this could lead to sex discrimination against men because they have no cleavage to leverage on (*grin*) – if it can be proven at all that they have lost their interview to a woman who dressed in low-cut. But hey, if you’ve been unsuccessful at your 100th attempt to get a job, you might want to give it a try.

This is a shared article from financetwitter.com